The Church of Saint James the Less (SJtL) 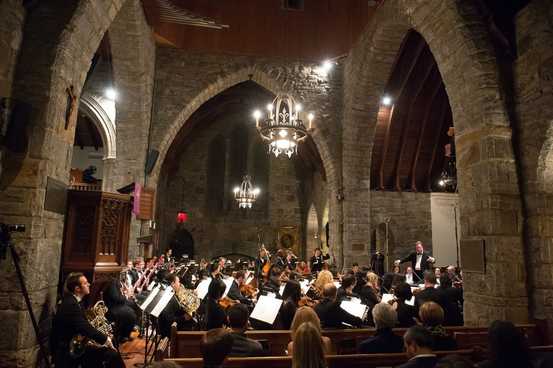 ​The Parish of Saint James the Less in Scarsdale New York has been in existence since at least 1720, dating back to the time of Caleb Heathcote the founding father of Scarsdale. In the absence of a church building, Sunday Services were often held in the home of members or in nearby parishes.

The Church of Saint James the Less was named in honor of the younger and less well-known of the two Apostles named James - James the son of Alpheus. The parish as we know it today was incorporated on September 3, 1849 . William Hill Popham leased a portion of his family farm to the parish for 1,000 years at the rent of "One silver dime, payable on the Festival of St. Philip and St. James in each year if demanded." The first church was completed in 1851, having been built of local stone gathered from the property, and built by the cooperative labor of its members. On Palm Sunday 1882, the interior of the church was destroyed by a fire, but within two years it was completely restored. This building still stands and is the nave of the present church. The present crossing, transept and chancel were added in 1925. The Cloister that connects the church to the Great Hall, as well as the offices and classrooms were constructed in 1952 to commemorate the first Centenary of Saint James. All Saint's Chapel was completed and dedicated in 1969. The quiet churchyard is the only cemetery in the Village of Scarsdale. A few graves predate the founding of the church. Heroes of the American Revolution, nine veterans of the 1861–65 Civil War rest alongside veterans of World War I and World War II.